Science of sci-fi: Does every planet look like home?

It is a fact that today we know a surprising amount out extrasolar planets. The first exoplanets were detected in 1988 and as of August 2016, we know of 3374 exoplanets in 1257 planetary systems with 121 around binary stars. But before we get onto what we know about real planetary systems, what does sci-fi say planets should be like.

In sci-fi’s early days budgets were low and it was cheapest to have a planet of the week episode. While it was possible to make a set or choose a location, like a quarry that looked alien, all the worlds looked very much like Earth and buildings look very much like Earthican architecture. Although some locations could be picked with modern/strange architecture to give the impression of the future and/or alien worlds. Originally shows like Star Trek would have painted backdrops of locations to get around this issue. Of course today with modern computer graphics everything is possible.

An example of this can be seen in Star Trek episodes like “The Paradise Syndrome” where the planet really looks very lifelike, especially with the pine trees! Even modern Dr Who still has Earth like planets as in “New Earth”, although they do say in the episode this is because humanity were looking for an exact replica of Earth.

There are exceptions to this though for example in the Star Trek episode “Whom Gods Destroy” the planet the prison is on has a poisonous atmosphere which humanoids cannot survive in and spacesuits are needed to survive outside. Then in the Dr Who episode “The Impossible Planet” the episode is set on a planet orbiting a black hole. While in Star Wars there is the planet Tatooine which is a planet around a binary star system.

In all these cases we know planets like this, Venus in our own solar system is extremely deadly to life. While the first extrasolar planets discovered were discovered around another type of remnant of a dead star, a neutron star: pulsar planets. While we are now discovering many planets around binary stars.

It is worth noting in passing that some TV series do try to explain away the reason why all life and planets look so human. For example in Star Trek the planets were all seeded with the same DNA by an extinct race that were alone in the Galaxy (see "The Chase"). While in Stargate we are all descended from the Ancients with the Goa'uld having taking slaves from the Earth around the Universe.

When we look at our solar system we see that we only have 8 planets, 4 terrestrial or Earth-like planets and 4 gas-giants. Other than Earth the 3 other terrestrial planets: Mercury, Venus and Mars are all inhospitable. Mercury is a tiny ball or mainly iron with no atmosphere that is close to the Sun. Venus has a thick dense carbon dioxide atmosphere that would bake and crush you due to the temperature and the pressure while Mars is not too cold but has only a rare atmosphere without any oxygen. Only the Earth is habitable with water liquid on its surface. Habitable zones around stars are called “Goldilocks” zones although considering Venus and Mars are in or close to the zone we can see that being in the zone does not ensure humans could survive easily on such a planet.

Although it is possible to live on Mars as anyone who has seen/read “The Martian” knows (or Dan Dare or any of the other multiple books/movies/programs based on Mars). Furthermore we realise that Mars could be terraformed, that is using technology we could engineer the planet so that it becomes more Earth like. Infact such a scheme is the main plot of a computer game UFO: Afterlight and a few different book series. I show below screenshots from the game of how Mars would look “before” and “after”. 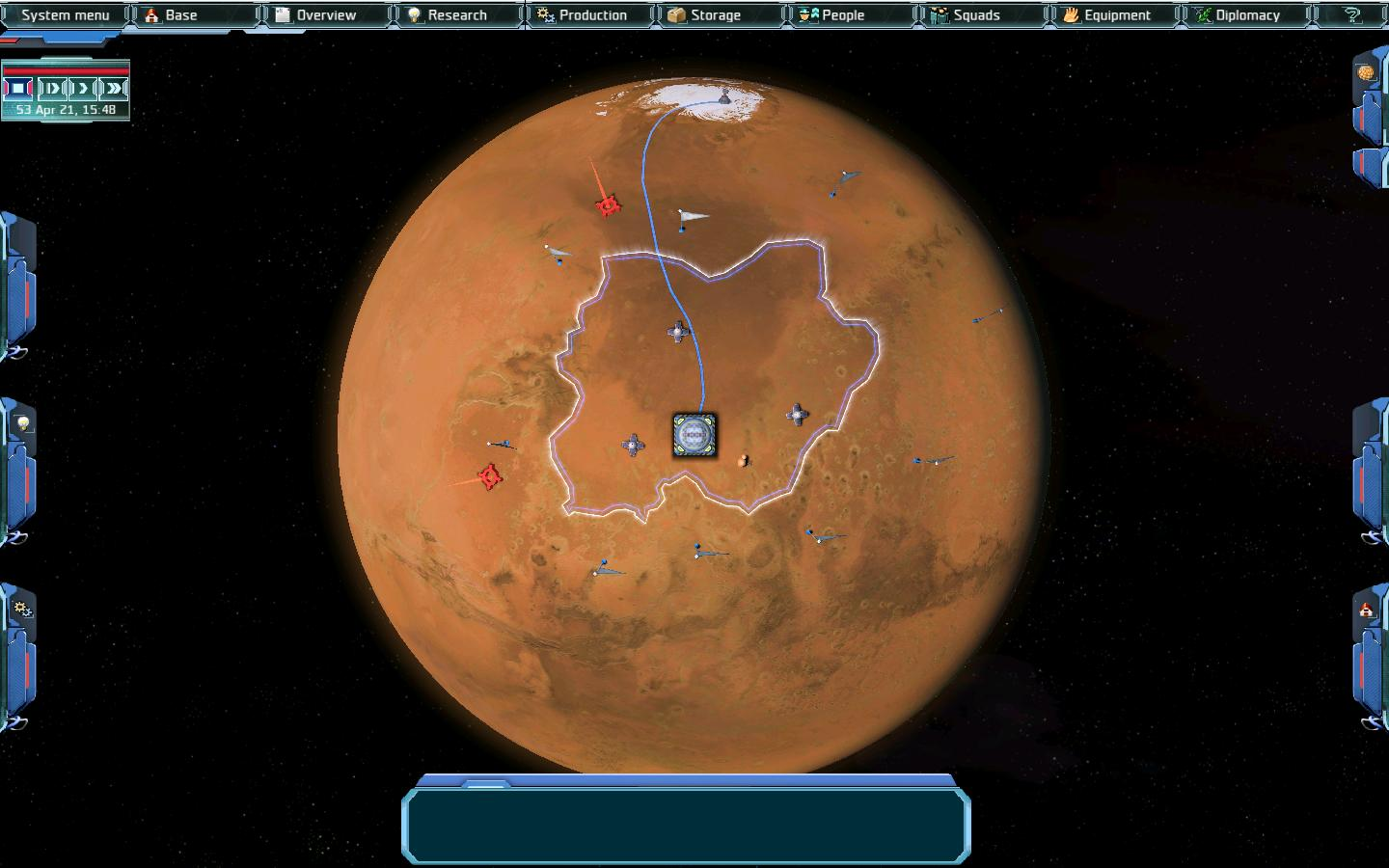 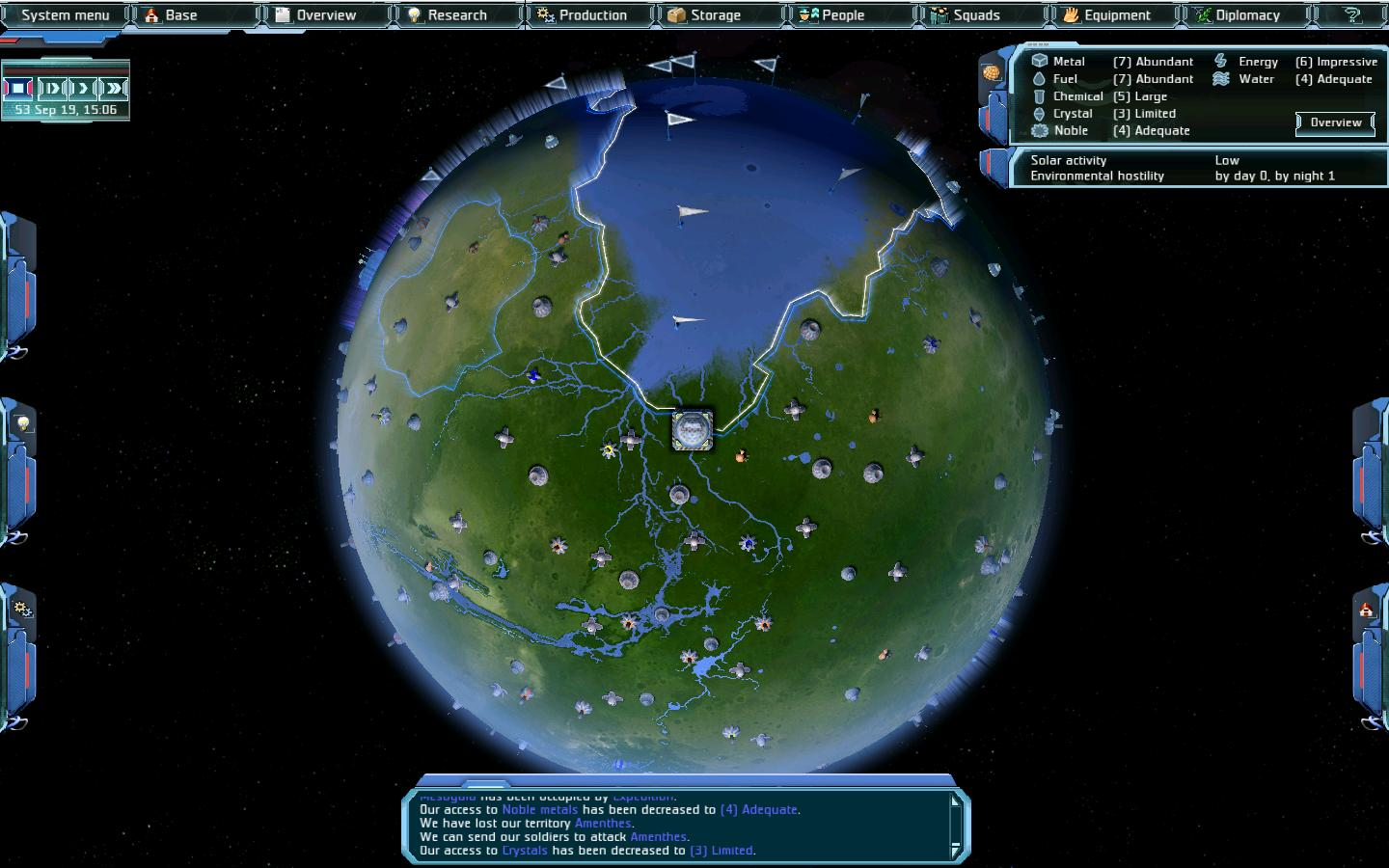 Terraforming also features in the TV series Firefly. The backstory to the series being that our solar system was dying so humanity moved to another system with a large number of planets that had to be terraformed. Interestingly only some of the planets are fully terraformed with some of the planets more arid and dry, suitable for the western style stories the show is focused on. [Warning: be warned if you watch Firefly you will never get over the fact there is only one series and a movie. You will spend the rest of your life waiting for the revival or animated episodes that may never be made…]

When we look at other solar systems most of the planets we find are more like the gas giants in our system, Jupiter, Saturn, Uranus and Neptune. However they orbit much closer to the host star so are typically called “hot-Jupiters”. The problem with gas giants is they’re all just gas! There is no solid surface so they are uninhabitable.

One final trope that has happened repeatedly in science fiction is the idea that gas giants have moons, just as our solar system has, and if the gas giants are closer in to their star those moons might become habitable. Star Wars has both the moon “Yavin IV” and the “forest moon of Endor” although the gas giant is never seen in Return of the Jedi, but it is in the “Ewoks” cartoon series. Also many people normally forget but in Avatar, Pandora is orbit around a gas giant called Polyphemus (a very blue looking jupiter clone!). With many other moons visible setting way for the sequels.

We know that moon of gas giants in our solar system are very large and would be considered to be terrestrial planets if they were in orbit around the Sun or another star. There looking for these exomoons are also a possible place where humanity could visit in the future. They’re difficult to find but we will find them eventually and with so many gas giants known in the habitable zone maybe these moons are the greatest place we might find other life forms in the Universe.